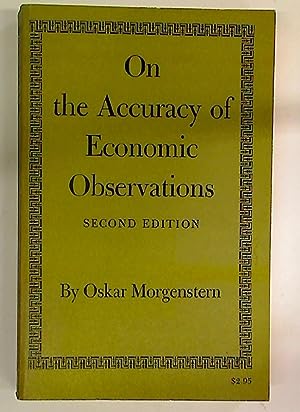 The scalar notion of price now generally used has to be replaced by a vectorial one, i.e. ‘price’ is not only a certain amount of money (scalar) but money paid at a given moment in time, over time in certain installments, etc. (vector). Similar considerations apply to ‘money’; but we shall not dwell upon this further, except to point out that there exist great and most interesting possibilities in this area for advances in economic theory. It is noteworthy that there does not seem to exist one single publication describing and analyzing a vectorial notion of price. Cf. the recent important work by Wilhelm Krelle, Preistheorie, (J.C.B. Mohr: Tübingen, 1961), an 800 page monograph in which neither rebates nor vectorial prices are discussed. In my International Financial Transactions, op. cit., I have repeatedly shown how various rates of interest have to be viewed as vectors, rather than scalars (as they are otherwise always treated in the literature). Cf. pp. 162–164; 442–448 of my book, International Financial Transactions, op. cit.

This footnote was found at page 184–185 in Oskar Morgenstern’s On the Accuracy of Economic Observations, second edition (Princeton University Press, 1963)